The Most Common Scalp Problems 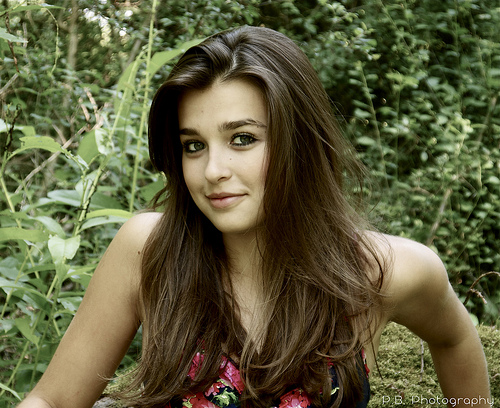 An itchy scalp and flakes on your shirt can be uncomfortable and embarrassing. However, these are not just the things you would have to worry about if you are dealing with scalp problems like dandruff. You also have to contend with an unhealthy hair. This is because certain scalp conditions have the potential to affect the overall health of the hair. They can cause it to become brittle and unhealthy. This may eventually lead to hair loss.

What Are The Most Common Scalp Problems?

Seborrhoeic Dermatitis: A severe form of dandruff, seborrheic dermatitis is the most common scalp problem. In infants, this is called crib cap, often appearing in the early weeks and eventually disappearing after a few weeks or months.

Experts say that two factors may lead to seborrheic dermatitis, also referred to as seborrheic eczema. These two factors are excessive production of oil and a fungus named Malasezzia which may cause the skin to overproduce oil. The high amount of oil irritates the scalp, leading to its reddening.

Apart from the presence of Malasezzia in the scalp, certain triggers such as stress may lead to the overproduction of oil. Seasonal conditions may also play a role since this problem becomes more prevalent or worsens during winter and the onset of spring. Certain conditions like obesity, diabetes, Parkinson’s disease and depression may also increase your chances of having this scalp problem.

This scalp problem is not contagious; however, it is a long-term skin problem. This means that ongoing treatment is necessary. Some of the treatments recommended for this scalp problem are prescription-strength shampoos and antifungal medicines. Early treatment of the seborrheic eczema must be done to prevent it from worsening and causing undue damage to your hair and scalp.

Scalp Psoriasis: This is scalp condition is believed to be due an autoimmune problem. In this chronic condition, skin cells produce at a rapid and excessive rate. Since the production happens over a short period, there is no time for the old cells to fall off. What happens instead is that skin cells build up, resulting in whitish-silver scales on the skin’s surface.

One of the most common symptoms of scalp psoriasis is persistent itching, which may range from mild to intense. Other symptoms include dry scalp, dandruff-like flakes and red patches on the scalp. At times, bleeding and temporary hair loss may happen as a result of scratching. Additionally, when intense itching is involved, this condition can lead to loss of sleep and a decline in the sufferer’s quality of life.

Scalp psoriasis affects anyone, regardless of age. If you are suffering from this condition, avoid scratching your scalp as this can worsen the problem. There are shampoos and over-the-counter treatments which can help relieve itching and other symptoms of mild psoriasis. Meanwhile, for more severe cases, prescription drugs are typically recommended. In some cases, making lifestyle changes and using alternative remedies help ease the symptoms.

It is important to note that, before trying or using any treatment for scalp psoriasis, make sure you consult a dermatologist first. This is to ensure that proper diagnosis of your condition is done and the right treatment is used.

This scalp condition is commonly called ringworm of the scalp. Despite its name, this scalp problem is not actually caused by a worm. It is actually due to the fungi called dermatophytes creating circular patterns or marks on the scalp, thus the name. The circles are characterised by elevated borders and flat centres.

A sweaty scalp is conducive for the growth of dermatophytes as these fungi need moisture and warmth. Having poor hygiene promotes their growth. Since this condition is highly contagious, you are at risk of having it if you share combs, towels or pillows with someone who has ringworm of the scalp. You may also get it from house pets such as cats and dogs.

Itchy patches on the scalp are the number one symptoms of tinea capitis. Other symptoms include painful scalp, swollen lymph nodes and sometimes low grade fever. Ringworm of the scalp also causes brittle hair. This is why some people with this condition have scaly and reddish bald spots with black dots (where hair was broken off).

To make a proper diagnosis, a dermatologist needs to take a sample of your hair or scalp to determine if it has fungus. Treatment may involve the use of prescription-shampoo and anti-fungal medication. You can fully recover from ringworm of the scalp; however, the process can be slow. It may take three weeks for results to be seen. It is also possible for recurrence to happen.

Are you suffering from any of these common scalp problems? Get it treated ASAP! Call us at (0)1 6793618 and schedule an appointment with our dermatologist.