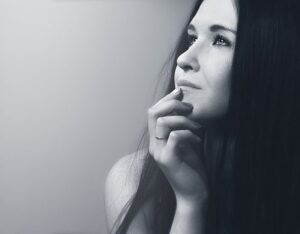 Of Greek origin, pityriasis pertains to skin diseases characterised by the presence of rashes with branny scales. When people encounter pityriasis, what usually comes to mind is pityriasis rosea. This is not surprising since this is the most common type. There are other types of pityriasis, though, such as pityriasis rubra pilaris and pityriasis amiantacea.

Pityriasis rosea: As mentioned earlier, this is a very common skin disease. It typically begins with the appearance of what’s called a herald or mother patch – a large circular or oval rash which is slightly raised and scaly. It usually shows up on the abdomen, chest or back. The condition progresses with the appearance of pinkish spots, sometimes referred to as daughter patches, on the trunk and limbs. Aside from the rashes, skin itching may also be experienced.

The exact cause of pityriasis rosea is still not known. However, in some cases, patients experience general malaise and flu-like symptoms before the herald patch appears. This bolsters the theory that this skin disease may be due to a virus.

Anyone can suffer from pityriasis rosea, but it is more prevalent in people aged 10 to 35 years old. It also commonly manifests during pregnancy.

Pityriasis rosea is not contagious. It is also not a dangerous condition. This skin disease usually goes away on its own in 10 weeks or less.

Pityriasis rubra pilaris (PRP): This pertains to a group of chronic skin diseases which involve the hair follicles (pilaris) and symptoms like scaling (pityriasis) and reddening (rubra); thus, the name. In PRP, inflammation happens and the skin constantly sheds.

Generally, rashes for these conditions are scaly, red-orange in colour and with hair follicles having rough dry plugs. At the beginning, the eruption is confined to certain areas like the scalp, elbows, knees and the sides of the trunk and neck. Eventually, these itchy patches spread and cover the entire body. In some cases, reddening and thickening of the palm and sole areas may also be experienced.

Unlike pityriasis rosea cases which are common, PRP incidents are rare, affecting only 5 people per 2 million population. It may affect children and adults, males and females. Its cause is unknown, but some say that this skin condition is hereditary.

There is currently no cure for PRP. However, there are medications which can help you manage its symptoms. Seeing a dermatologist right away is the key to getting immediate relief from this condition.

Pityriasis amiantacea: This is a condition wherein the scalp becomes inflamed and exhibits excessive scaling. It affects people from different age groups but tends to be more common in children and young adults. It is also more prevalent in females than in males.

In this skin disease, silver-yellow scales form on the scalp. These thick scales adhere tightly to the scalp and hairs. Over time, as the scales overlap, hard patches are formed. It is believed that certain conditions like psoriasis, tinea capitis and seborrheic dermatitis cause pityriasis amiantacea.

Since the scales encase the hair, hair loss may be experienced. However, it is often temporary and the hair eventually grows when the scalp is cleared of scales and when the underlying cause is addressed.

Pityriasis and the Scalp

Except for pityriasis amiantacea wherein the association is clear, you might be wondering how the scalp is connected with pityriasis rosea and pityriasis rubra pilaris (PRP).

Oftentimes, since pityriasis symptoms include itching and scaly patches, most people easily mistake it for dandruff. This is why it is important that you do not immediately jump into conclusions when you exhibit any of the aforementioned symptoms. Instead of self-diagnosing, it is best to see specialists like a dermatologist for an accurate diagnosis. Remember, the earlier the problem is treated, the higher the chances of preventing unwanted complications. This is specially true for pityriasis amiantacea which when treated late may result in scarring and permanent hair loss.

Want to learn more about skin rash or pityriasis and how it affects your scalp? Call us at 01 6793618 and schedule an appointment with our dermatologist and trichologist.